Become an Honor Club member to stay on top of everything Ring of Honor! Watch every episode of ROH TV, stream ROH On Tour events LIVE, see exclusive content, get discounts on merch, and more! http://www.rohhonorclub.com

PREVIEW: Since selling out in under 30 minutes, all roads have led to The World’s Most Famous Arena, Madison Square Garden for G1 Supercard! This historic event will see the biggest stars in Ring of Honor and New Japan do battle deep in the heart of the Big Apple on Saturday April 6! Championships from both organizations will be on the line and the biggest stars will be in action!

Twenty-five years ago one of the most famous ladder matches in pro wrestling history took place at Madison Square Garden. At G1 Supercard on April 6, “The World’s Most Famous Arena” will be the site of another historic ladder match, as the ROH World Title will be up for grabs when champion Jay Lethal, Matt Taven and “The Villain” Marty Scurll go for the gold in in the main event of the sold-out show.

At ROH’s 17th Anniversary pay-per-view on March 15, Bully Ray issued an open challenge to face him in a New York City Street Fight at G1 Supercard. That challenge was answered by Juice Robinson at Road to G1 Supercard in Baltimore on March 31, and it’s official that Bully Ray and the LifeBlood leader will square off at MSG.

A big, first-time-ever matchup pitting international star RUSH against Dalton Castle has been made official for G1 Supercard. Castle issued the challenge to RUSH at ROH’s 17th Anniversary pay-per-view on March 15. The former ROH World Champion sat in on commentary during the RUSH versus Bandido match and approached RUSH in the ring after the CMLL star had defeated Bandido.

For the first time, the ROH World Television and NEVER Openweight titles will be on the line in the same match, as Jeff Cobb takes on Will Ospreay. These two intense, hard-hitting competitors have been on opposite sides in a couple of tag matches, but they have never faced each other in a one-on-one encounter.

The first bout signed comes following New Japan’s 47th Anniversary Event and it is a Championship affair! Bullet Club’s Taiji Ishimori captured the IWGP Jr. Heavyweight Championship from former ROH World Television Champion KUSHIDA at Wrestle Kingdom and successfully defended the Championship at NJPW’s 47th Anniversary against the legendary Jushin “Thunder” Liger. Ishimori called out any athlete from New Japan or ROH to defend his title against at MSG. Instead, one of the top stars of CMLL answered the call! 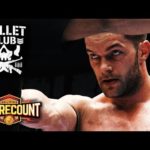 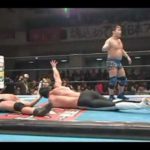 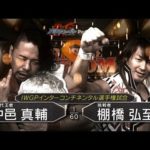 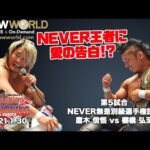 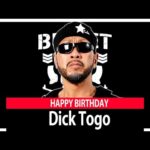 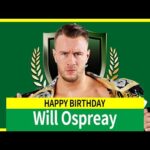 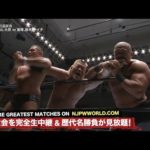 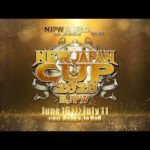 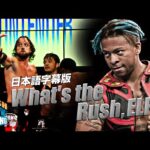 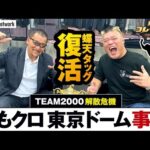 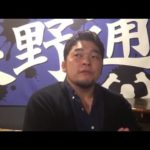 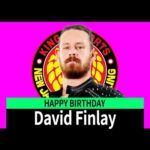